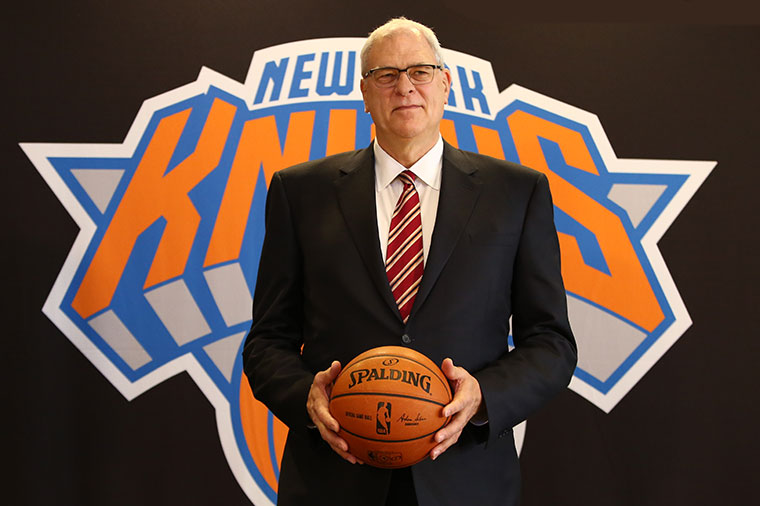 Phil Jackson, the New York Knicks’ new president of basketball operations, is nothing if not audacious.  After building two basketball dynasties as a coach of the Chicago Bulls and the Los Angeles Lakers, he accepted the challenge to achieve a three-peat, but this time in the toughest town of all, New York City.  Furthermore, he will try to build more than a great team.  In his new role, he is responsible for building a broader organization.

Will Jackson end his career in a blaze of glory or will the Knicks and New York City reduce him to smoldering ashes?  Despite the obstacles, I’m betting on the former.  And there will be a lesson for CEOs in watching Jackson in action.

Although most leaders focus on task excellence and results, Jackson also focuses on developing relationship excellence. It’s relationships that make people pull together and stay together during the inevitable difficult times en route to achieving sustainable superior performance.

Consider Michael Jordan and the Chicago Bulls. Jordan’s superhuman feats were not enough to make champions out of the Bulls. Not until Jackson became head coach and began to influence the young superstar did the Bulls finally make it to the big game.

Jackson helped Jordan see the need to go beyond being a star and become what Jackson called a player “who surrenders the me for the we.” A one-man show, even if it was a show put on by one of the game’s greatest players, was never going to be enough to get the Bulls to the top. Jordan spent little time with his teammates and instead hung out with his entourage that followed him around on the road. Jordan’s self-reliance and social separation from his teammates made them feel like supporting actors on the Michael Jordan show. Phil Jackson could see the problem. So he went to Jordan and convinced him that the team needed his leadership, which would require his presence and effort to get to know his teammates personally. Jordan began spending more time with his teammates on and off the court.

Jackson further improved relationships among the Bulls by giving everyone a voice. His philosophy is that “I like everyone to feel that they have a seat at the table.” Jackson knows that keeping people informed and listening to their viewpoints helps them feel connected.

As relationships among the team improved, the Bulls’ performance rose to a new level. Beginning in 1991 when the Bulls won their first NBA championship, Jordan’s teammates sometimes made dramatic contributions to the games. In the past, when the score was close at the end of a game, Jordan always wanted the ball. After Jackson worked with Jordan, he trusted his teammates to make the big play during several pivotal situations and they came through.  Over the course of eight years, the Chicago Bulls won six world championship titles. Jackson then moved on to coach the Lakers where he led the team to five championship titles.

Can the Knicks become “the Yankees of basketball”?  That’s certainly an aspirational standard to strive for. Whatever the outcome, it’s going to be instructive to watch Phil Jackson build task excellence and relationship excellence in the Knicks’ organization.  With 70 percent of American workers (and 88 percent of workers globally) not engaged in their work largely for reasons related to poor relationships in the workplace, CEOs would be wise to take a page from Phil Jackson’s playbook.

Here are some issues to explore.  Are your “stars” sharing the spotlight and being good teammates?  Are you keeping your team in the loop?  Do individuals feel they have a voice? Are you favoring a certain few?  What are you doing to promote a culture of “we”?