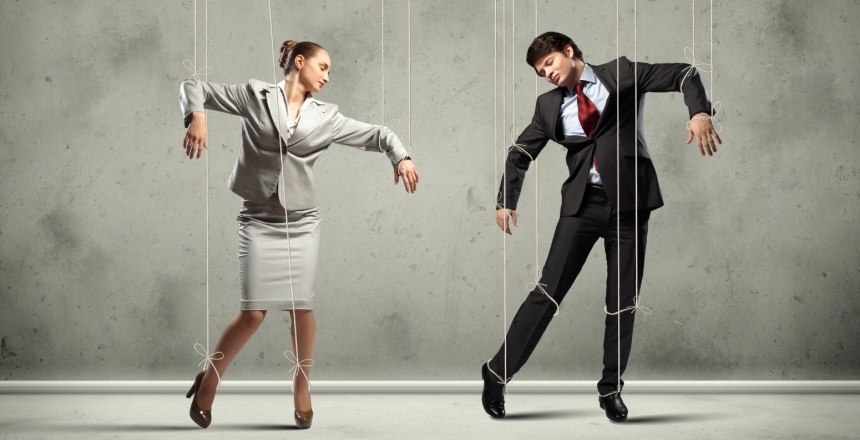 Unnecessary rules and excessive controls devalue people by making them feel that they are not trusted or respected. A leader who micromanages his people will not engage or energize them.

Micromanaged employees are more likely to feel disconnected because it is a universal human need to have a reasonable degree of autonomy or freedom to do our work. When people have autonomy, they have a greater sense of control and experience personal growth as they develop new skills and expertise.

Example of a Micromanager in Action

Napoleon was known for micromanaging. After the French Revolution and the Reign of Terror that succeeded it, Napoleon restored order to the nation. Unfortunately, he didn’t know when to limit his controlling tendencies. According to historian James MacGregor Burns, Napoleon was not a bloodthirsty tyrant but a control fanatic. He controlled the press, books, theater, workers’ associations, and public demonstrations.

To teach the youth of France to respect the country’s laws, for example, he took control of French schools from the locals and hired instructors who were required to teach from the same syllabus and textbooks. The result of this overcontrolling approach was that children fled to Catholic schools. And when Napoleon enacted conscription for military duty, the lives of soldiers became so draconian and restrictive that as word spread, it produced “mass resistance of a sustained, endemic character,” according to historian Isser Woloch. Draft evaders were so desperate, they mutilated themselves or escaped over the Pyrenees mountain range to avoid military duty. The French did not want to be micromanaged.

French citizens wanted freedom, not an overbearing ruler to dictate every aspect of their lives. After the deaths of several hundred thousand French soldiers from the catastrophic campaign in Russia during 1814 and Napoleon’s later military defeat at Waterloo in 1815, his popular support waned. The self-appointed emperor learned that many of his supporters were of the fair-weather variety. In the end the British exiled Napoleon to the island of St. Helena.

How Micromanagement Derailed a Company

In the business world, the destructiveness of an excessively controlling person was demonstrated in the fall of the Pullman Palace Car Company in the late 1800s. George Pullman, an entrepreneur and engineer, created a successful company that built luxury railcars. As business boomed, Pullman built a company-owned town for his employees and named it after himself. He believed that a clean, orderly environment without saloons or other illicit attractions would produce superior workers. Pullman, Illinois, had a population of 8,000 people living in 1,400 housing units owned by Pullman and rented to the employees. It contained a school, a park, a library, a church, and other necessities of modern life.

The company maintained the streets and lawns. Rent was deducted from employees’ paychecks. To ensure that his rules were followed, Pullman hired “spotters” who identified troublemakers. If any of Pullman’s rules were violated, an employee could be evicted on ten days’ notice according to the terms of the rental agreement. Pullman kept his finger on the pulse of every aspect of his workers’ lives.

Although Pullman thought the workers should be grateful that he was allowing them to live in a Pullman-built utopia, they didn’t see it that way. Many complained about the lack of freedom and often left to visit Chicago’s neighborhoods nearby. In 1893 when the nation experienced a depression, Pullman was forced to lay off a fifth of his workforce and reduce wages by 25 percent for the remaining employees. Despite this downturn, workers who lived in Pullman’s town continued to pay rent at current rates. The financial squeeze unleashed an underlying torrent of discontent among workers. The combination of employee disengagement and reduced pay triggered a backlash. In May 1894, Pullman’s workers went on strike, and across the country other railroad workers, who were members of the labor union, joined the strike. After mass violence erupted and $80 million in property was damaged, President Grover Cleveland sent federal troops to protect the mail delivered via railroad, and the courts ordered an end to the strike. Eventually, Pullman’s company went bankrupt. Like Napoleon, Pullman learned the true feelings of the people he led, feelings that were hidden in good times.

George Pullman’s leadership is an extreme example of a well-intentioned leader who didn’t understand the people he led. Leaders can learn from Pullman’s unfortunate experience that controls—rules, processes, and procedures—should be maintained only if experience has proven that they are necessary and they produce benefits for the organization. Clearly, some controls are necessary and beneficial to ensure efficiency and concentration of effort, but excessive control is a sure way to contribute to employee burnout. Leaders need to strike the right balance between giving people freedom and maintaining a minimum of controls and rules.