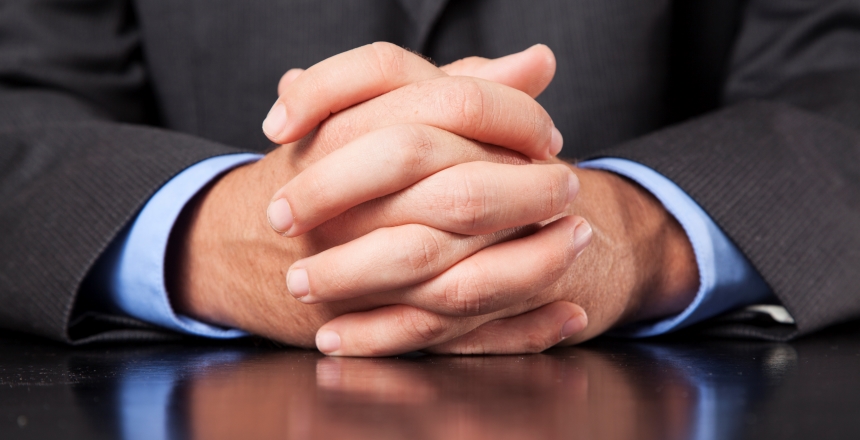 Imagine you are a hostage negotiator sent into a hospital to speak with a man named Sam who is holding a pair of scissors at the throat of a nurse. You know from your briefing that Sam had been seriously injured from a stab wound inflicted by his wife during an argument over the custody of their children. Upon entering the room, you find Sam screaming and yelling that he is going to kill everyone.

What would you do?

When rookie hostage negotiator George Kohlreiser found himself in this situation, he calmly asked, “What do you need, Sam? What do you want?”

To focus Sam’s mind on what was important to him, George asked, “What about your children, Sam?” Sam replied, “Don’t talk about my children. Bring them here and I will kill them, too.” Despite the threat, George was encouraged that Sam had answered. Then Sam pointed the scissors at George’s throat and moved toward him.

As Sam approached, George placed his hands onto Sam’s arms and began asking him “Do you want [your children] to remember you as a murderer?” Sam paused.  George had found a way to connect. “We have to talk about your kids. How do you want them to remember you?”

George continued asking questions that Sam answered and Sam calmed down.  In negotiating the nurse’s release, George kept the dialogue going. He asked Sam if he still needed the scissors. Would he prefer to throw the scissors on the floor or hand them to George? He asked Sam if he would prefer for George to handcuff him or have the police do it.  Would he prefer to be handcuffed in the front or back? Sam wanted to be handcuffed in the front and for George to do it. As they walked out of the hospital together, Sam thanked George for reminding him how important his children were to him.

Connecting Personally and with Goals

Hostage negotiators like George Kohlrieser are successful 95% of the time.

The secret to George’s success, and the success of hostage negotiators in general, is that he learned how to connect with people and connect with a common goal. He asked questions and empathized with hostage takers in order to restore a sense of peace, identify a common goal and take steps to achieve the common goal.

The benefits of human connection have been identified in the fields of social psychology, attachment psychology, social network analysis and cognitive neuroscience. In his TED Talk, neuroscientist Matthew Lieberman described human connection is a superpower because it makes people healthier, happier and more productive.

Research has found that connection engages the cortex, the part of the brain where we make rational decisions, while quieting the emotional brain where there is a higher probability of making a rash decision.  Connection also reduces feelings of anxiety and stress.

George Kohlrieser went on to become a professor of leadership and organizational behavior, and the creator and director of the High Performance Leadership Program at IMD business school in Switzerland. Insights from George’s experience as a hostage negotiator informed his approach to leadership which he describes in an excellent book titled Care to Dare: Unleashing Astonishing Potential Through Secure Based Leadership.

Virgin’s founder Richard Branson is an example George cites of a leader who takes a care to dare approach. Branson exhibited caring when Virgin acquired Northern Rock, a U.K.-based financial services institution. He sent a personal letter to each Northern Rock employee along with a copy of his autobiography then rode his motorcycle to every Northern Rock branch to personally meet employees. Branson exhibited daring by challenging employees to take Virgin to the next frontier by transforming the organization into one where “doing good really is good for business.”

Application: How good are you at connecting with the people you lead and daring them to achieve shared objectives? If you need to improve your connection skills, identify someone in your organization whom you trust and who is good at connecting then ask him or her to mentor you. You might also read George Kohlreiser’s Care to Dare and download the free e-book 100 Ways to Connect. If you need to improve your ability to create shared objectives and challenge the people you lead to achieve them, identify a mentor or coach who can help you develop that skill.