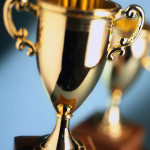 Research by psychologist K. Anders Ericsson has shown it requires approximately 10,000 hours of intentional practice, with coaching, to become an expert.  Ten thousand hours is roughly equivalent to ten years of putting in 20 hours of practice a week.  The importance of perseverance and practice is obvious.

Every bit as essential to becoming great, yet less obvious, is the importance of developing the character strengths of humility and love.  Humility guides and encourages you to seek and truly accept coaching, and love is what allows you to give and receive the relational support of others needed to persevere through the inevitable ups and downs of life.

Years ago I met and spoke with Andre Agassi when he was playing a tennis tournament in Burbank, California.  This was during a period when Agassi had fallen from being one of the top players in the world to being so lowly ranked that it was difficult for him to get into major tournaments.  Andre had the skills but just wasn’t playing anywhere near the top of his game.  The Burbank tournament was the turning point.  Agassi won the tournament and went on to return to the ranks of the top tennis players in the world.  What happened? Agassi attributed his turnaround to the guidance, support, encouragement and love he received from his wife (tennis great Steffi Graf), his coach, and other family members and friends.  Before that time, Agassi had isolated himself.  He was trying to self-help his way back to greatness.  It is likely that he had grown lonely. When Andre humbled himself to accept coaching and connect relationally with a group of individuals whom he loved and who loved him, that’s when the magic happened.

I remember seeing Agassi walk around at the tournament and talk to people.  There were several policemen there and I remember observing him chatting with each of them.  When fans wanted an autograph, he patiently waited and signed each program or tennis ball.  Andre was humble and more grounded than I had expected.

I believe that one key to Agassi’s comeback is that he had developed greater heart.   The French word for heart is coeur, which is the root of the word courage.   By admitting he could not come back on his own and reaching out for the help of others, Andre showed courage.  Encourage means to give share one’s heart with another.  Along with the advice of his coach, Andre’s loving family and friends shared their hearts and encouraged him.

A formulaic phrase we use when working with organizations that want to thrive is this:  task excellence + relationship excellence = sustainable superior performance.  Time and again I’ve witnessed that it can’t only be about the product; people, and specifically connection among the people, is equally critical.  I see it here too.  Years of time on the tennis court plus the connection Agassi developed with his relational support system was the key to his rising to once again be among the top-ranked tennis players in the world.

This message — the need for love and encouragement, and for humility to accept advice from a coach or mentor — is especially relevant now when research has shown that many individuals feel left out and have isolated themselves relationally.  Research shows that people are more narcissistic and more people live alone today than at any time in U.S. history.   A quarter of Americans report they have not had a conversation with a close friend over the last six months.  They are struggling, like Andre did, and they desperately need our help to develop the courage, the heart, to take the risk of reaching out to connect with family and friends.   We need to encourage them, to share our hearts with them, so that they can find the heart to reconnect.  If a friend or family member has come to mind, I hope you will reach out and encourage him by sharing your heart.

In summary, if you want to be great at something, recognize that it will take years of persistent practice, develop the humility to learn from a coach who will help you see what you can’t such as your blind spots and advice on how to improve, and develop the courage to love family and friends. Your love will nourish them with emotional support and encouragement just as their love and encouragement will nourish you.   Encouraged and loved, you’ll find you can persevere through the peaks and valleys you’ll encounter along the way.

It’s surprising, isn’t it, that developing one’s heart is an essential but rarely mentioned element to achieve lasting greatness.  Like Andre Agassi, you may be great for a season, but it is utterly unsustainable unless you develop the “heart of a champion.”