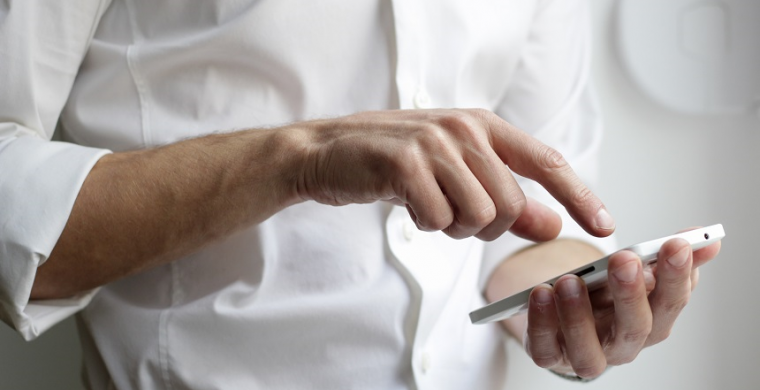 Are you addicted to your smartphone? Do you feel the pull to constantly check your messages and news feeds?

Are you addicted to busyness? As soon as you accomplish something, do you immediately focus on the next task or problem to solve? Are you always thinking about what you have coming up and so it’s difficult to be present with and focused on interacting with others?

If your answer is yes to one or more of these questions, you may have or be developing an addiction that’s tied to dopamine, a type of neurotransmitter in your brain.

We tend to think of addictions as ingesting a substance that temporarily makes an individual feel better or more relaxed (being addicted to alcohol or drugs, for example), but it’s broader than that… and sometimes less obvious that a behavior has crossed over into addiction. A review of 83 studies on addiction led Sussman et al. to conclude that nearly half the U.S. population suffers from one or more addictions that have “serious negative consequences.” While the list of addictions studied included substance addictions (alcohol, eating disorders, mood-altering legal and illegal drugs, and tobacco), it also included process addictions (dependence upon busyness and work, exercise, gambling, online gaming or social media, shopping, love and sex).

How the brain functions is complex and I find it fascinating. I am by no means an expert in neuroscience so I rely on the work of scientists and medical professionals and those working in the field of psychology as I assimilate new and relevant findings into the work we do around organizational culture and the importance of connection in our lives. For instance, we teach about the “amygdala hijack” and how getting someone who is anxious or upset to talk acts to calm his or her nervous system and shift brain activity from the person’s amygdala to the prefrontal cortex where rational thought is processed. In Connection Culture, I wrote about how advances in medical imaging have made it possible to know that the part of the brain that processes emotional pain is the same area that processes physical pain.

So, what is dopamine and what role does it play in how we act? To put it simply, neurotransmitters are molecules that behave as chemical messengers in the brain. Dopamine is associated with the pleasure and reward pathways, and the positive emotion that makes us desire what we don’t have and motivates us to go after the things we desire. In their book The Molecule of More, authors Daniel Z. Lieberman, MD, and Michael E. Long, give this interesting insight: “Dopamine has no standard for good, and seeks no finish line. The dopamine circuits in the brain can be stimulated only by the possibility of whatever is shiny and new, never mind how perfect things are at the moment. The dopamine motto is ‘More.’” Another aspect of dopamine to be mindful of is that, like certain addictive substances, a person needs more dopamine to produce the same positive emotion over time.

While it is a good and useful thing to have an internal spark to pursue a goal and persevere on your quest to attain it, too much dopamine is a cause for concern. In organizations, leaders who have dopaminergic personalities are never satisfied. They continuously push people to achieve unrealistic goals in pursuit of boosting their own personal wealth, power and/or status. This obsessive pursuit can overwhelm people working for dopaminergic leaders  and create high levels of anxiety, incivility, stress, declining employee engagement and rising burnout (and may push them toward an addiction of their own as they try to cope). Failing to feed the dopamine habit triggers pains of withdrawal. An individual who is overly reliant on dopamine may be headed for a crash.

The best leaders don’t drink from the dopamine fire hydrant. In addition to drawing on normal levels of dopamine, they benefit from other sources of positive emotion in the brain that make them more stable and more effective leaders who are in touch with the people they lead. Lieberman and Long contrast the “future-oriented dopamine” with “present-oriented chemicals, a collection of neurotransmitters we call the Here and Now molecules… [which] include serotonin and oxytocin, endorphins and endocannabinoids. … As opposed to the pleasure of anticipation via dopamine, these chemicals give us pleasure from sensation and emotion.” Describing the interplay of these neurotransmitters, the authors explain that “…though dopamine and [Here and Now] (“H&N”) circuits can work together, under most circumstances they counter each other. When H&N circuits are activated, we are prompted to experience the real world around us, and dopamine is suppressed; when dopamine circuits are activated, we move into a future of possibilities and H&Ns are suppressed.”

I find material from The Hacking of the American Mind by Robert H. Lustig, MD, MSL to be helpful when thinking about dopamine and serotonin. Early in the book Lustig sets out the differences between reward (driven by dopamine) and contentment (driven by serotonin):

Serotonin and the other Here and Now sources of positive emotion primarily come from healthy relationships at home and work. That’s good news for people who have an abundance of connection in their lives. According to Lieberman and Long, “We need H&N empathy to understand what’s going on in other people’s minds, an essential skill for social interaction.” But here’s a big issue affecting workplaces: Recent research reported in Harvard Business Review found that half of CEOs report feeling lonely and 61 percent of them believed it hindered their performance. In an interview titled “Putting Leaders on the Couch,” management expert and psychoanalyst Manfred F.R. Kets de Vries observed that many senior leaders struggle to maintain relationships and balance in their lives. In contrast, “healthy leaders… have the capacity to establish and maintain relationships (including satisfactory sexual relationships). Their lives are in balance, and they can play. They are creative and inventive and have the capacity to be nonconformist. These are the things that are fundamental…”

If you suspect that you, your boss or a colleague may be a dopaminergic personality and you want to develop a deeper understanding of this condition, I recommend you read Lieberman and Long’s The Molecule of More.

If the demands of work — the never-ending “to do” list, the expectation that you will stay engaged 24/7 by phone and laptop — are crowding out time for meaningful relationships, be aware that running a deficit of connection is impacting you on the molecular level, and not for the better. Overreliance on dopamine is powerful so don’t think you can overcome it on your own. Developing into a leader who has the relational support necessary to perform at the top of your game might require the wise advice, encouragement and accountability that a mentor or a good executive or life coach can provide. The effort to become a self-aware and better-balanced leader is well worth the cost. Not only will you become more effective at work, you will cultivate a more satisfying and contented life outside of work. ‍

How Loneliness and Longing for Connection Are Affecting Today’s Leaders

Is the “Silent Killer” Sabotaging Your Performance?

Protecting Your Employees (And Yourself) From the Stress-Connection Gap

Photo by NordWood Themes on Unsplash