U2 rose from a band with less than ideal musical skills when it began in 1976 to today having received a remarkable 22 Grammy awards, morethan any band in history. At the 71st Golden Globe Awards ceremony on January 12, the band added yet another accomplishment to its credit: the Golden Globe for Best Original Song from a Motion Picture for “Ordinary Love” from the movie “Mandela: Long Walk to Freedom.” 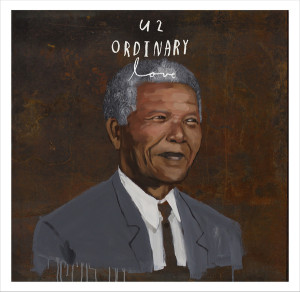 In my last article, “3 Practices CEOs Should Adopt from this Rock Star,” I credited Bono’s leadership of U2 as a key factor behind the band’s success. His leadership approach can be described in one sentence: Bono communicates an inspiring vision and lives it, values people, and gives them a voice.  CEOs would be wise to follow Bono’s example. In the article I highlighted three aspects of Bono’s leadership. As a follow up, here are three practical ways CEOs can implement leadership practices like those of Bono. 1. Avoid Vision Drift, Keep Projects Aligned

Consistent with communicating an inspiring vision and living it, avoid vision drift by only taking on projects aligned with your inspiring vision. Writing the song “Original Love” aligned with U2’s vision to advance human rights and social justice through its music and influence.

Comments made by the members of U2 during the band’s acceptance speech show how inspired they were by Nelson Mandela and, by implication, how inspired they are by their band’s vision. The Edge, U2’s lead guitar player, noted that the band had been working for Mandela “…since we were teenagers when we did our very first concert against apartheid.” Larry Mullen Jr., U2’s drummer, said, “… thanks to Mandela, the course of history in our country, holy Catholic Ireland, was changed forever. Amen.” Bono added, “This really is personal for us. This man turned our life upside down, right side up. This man who refused to hate, not because he didn’t have rage or anger or these things, but he thought love would do a better job.”

When U2 accepted the award at the Golden Globes, did you notice how Bono was the last of the four band members to speak?  Sharing the spotlight is one way to show you value the people you lead.

When you get the people you lead together, bring attention to employees who produced exceptional results and have them share with the group how they did it. This practice has also been described at letting employees take “victory laps.”

One caveat, however, is the employee who is shy and doesn’t like public attention.  In the case of shy employees, take time to thank them for their great work by paying them a personal visit or sending a handwritten note.

In the previous article, I noted that Bono gives his fellow band members a voice in decision-making. The band will not go forward with a decision if one of its members strongly opposes it.

Like Bono, it is wise to seek consensus on decisions, especially on issues that are important in the eyes of the people you lead and on decisions they will need to implement.  If you take time to seek their ideas and opinions, and consider them before making a decision, people will be more likely to execute with greater energy and excellence.  This approach helps build trust so that when circumstances require you to make a quick decision with little or no time to seek others’ opinions, the people you lead will be more likely to trust you and execute without delay.

These and other practices have helped U2 develop a partnership-like culture that Bono leads with a light touch, rather than a heavy hand.  I described this culture as a “Connection Culture” in my book titled Fired Up or Burned Out.  It is a culture where people feel a sense of connection to one another and to their shared work.  A Connection Culture is in contrast to cultures of fear and control and cultures of indifference, both of which make people feel unsupported, left out and/or lonely.

U2’s Connection Culture has helped them stay together all of their adult lives, which is coming up on four decades. This longevity has helped them learn and grow together, to be innovative, and to take their music and performances in new artistic directions. Bono recently hinted that U2 will surprise some people with the upcoming release of the single “Invisible” and with the release of its 13th album later this year.  You can also see them in an advertisement that will appear during the Super Bowl on February 2nd.

The Wellness of U2

Did you notice how vibrant and healthy the members of looked during their appearance at the Golden Globes?  Their good health is especially noticeable when compared to the members of other rock bands that began in the 1970s.  The members of U2 have aged well.  The wellness of employees is a topic that many organizations are working to improve these days. In my next and final article in this series on Bono and U2, I’ll explain why U2’s culture boosts the mental and physical health of its members and helps protect them from stress and anxiety.