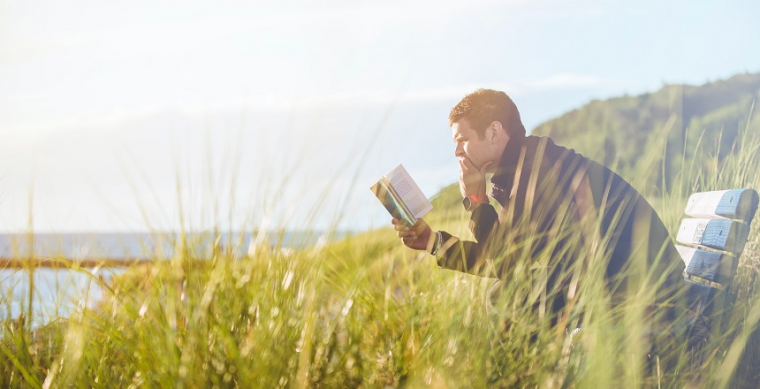 Should the term “nervous breakdown” be embraced again? One of my (Michael’s) favorite journalists, Jerry Useem, provides a fascinating look at the history of the nervous breakdown in this article he wrote for The Atlantic titled “Bring Back the Nervous Breakdown.” Where Useem lands aligns with my thinking as an advocate for fostering connection, both for its positive effect on individuals and for how it improves the performance of groups, as well as what I share with clients about the harmful effects of stress and disconnection.

Useem explains that while the umbrella term of “nervous breakdown” has fallen out of common use as emotional and mental health diagnoses have become more specific and prescription drug treatments have grown, the term was widely used for many decades in the 20th century. Early on, it was culturally acceptable to declare you were having a nervous breakdown. After all, the reasoning went, life could be full of challenges and having a breakdown was your body’s way of signaling that you had exceeded your limit and needed to stop what you were doing, mentally and physically, in order to recover. Your nerves were frazzled by what was happening to you; it wasn’t a reflection of your being mentally strong enough to handle the circumstances. A break would do you good and get you back on your feet.

History’s first billionaire, John D. Rockefeller, Sr., founder of Standard Oil and a philanthropist, retreated from his work in New York City for eight months and recalibrated at his family’s large estate in Ohio. According to biographer Rob Chernow in Titan: The Life of John D. Rockefeller, Sr., Rockefeller had been in good health into his fifties but “what ailed him in the early 1890s … was overwork, brought on by the combined stress of work and charity.” Of the situation, Rockefeller’s physician wrote, “A little more of that would have killed him. Mr. Rockefeller was close to the edge of a breakdown… when he finally let himself be persuaded that he could no longer do the work of several men with the strength of one.” Digestive issues and possibly stress-related ulcers had also been troubling him. During his time off  he was shielded from all but the most pressing business matters.  “To restore his health,” Chernow explained, “he worked closely with his farm laborers in the field, rode his bike, [and] ate simply… These traditional remedies worked like a charm.” Rockefeller wrote to a colleague, “I am happy to state that my health is steadily improving. I can hardly tell you how different the world begins to look to me.”

His son, John D. Rockefeller, Jr., was known to have several nervous breakdowns. One, in 1904, “has been variously attributed to overwork, exhaustion, or an identity crisis, but he himself privately emphasized the toll of [a series of critical pieces written about John D. Rockefeller, Sr., and his family by investigative journalist Ida Tarbell]…,” noted Chernow. Junior chose to rest and recover by spending six months in the south of France. Years later, he stayed at Battle Creek Sanitarium in Michigan, a “world-renowned destination of health and healing” that also attracted Thomas Edison, Henry Ford and Booker T. Washington. There were numerous public figures who returned to their work after a breakdown and made important contributions to society.

The cost of exhaustion

In the article, Useem argues that it may be wise during the current pandemic to recognize the emotional toll it is taking and intentionally take time off for the sake of our emotional health.

The levels of stress and anxiety have increased during the pandemic because of significant changes to our daily lives, including adopting necessary public health measures that have limited our ability to meaningfully connect with others in-person. Unrelenting stress and anxiety typically lead people to consume addictive substances or engage in addictive behaviors as a means to cope and manage their moods. As Useem points out, alcohol use has risen and the rate of drug overdoses has increased during the past year.

Useem also notes that suicides spiked following the global flu pandemic in 1918-1919 in which more than 600,000 individuals died in the U.S. He is right to express concern. As of March 9, we have already surpassed 526,000 fatalities in the U.S. and 2.6 million fatalities worldwide attributed to the COVID-19 pandemic. Trauma caused by COVID-19 to the general population, and especially to the families and friends of those who suffered or died, will create emotional health issues in its wake. We also worry about the wellbeing of healthcare workers who were stretched thin and witnessed so much suffering and death. It will take time and effort to heal emotional wounds.

Michael has written previously about the need to increase social connection to reverse the rise of suicides and cited the Center for Disease Control and Prevention adopting the strategic direction of “connectedness” — which it defined as the degree to which individuals or groups are socially close, inter-related or share resources — in its efforts to reduce suicide ideation in the U.S. In recent years, we’ve trained leaders in the fields of education, healthcare and the armed services on how to cultivate cultures of connection that reduce the risk of burnout and suicide ideation that members of their organizations were already experiencing pre-pandemic.

Toward the end of the article, Useem quotes F. Scott Fitzgerald, author of The Great Gatsby. Writing in 1936 of his own experience of having a nervous breakdown, Fitzgerald used the analogy of overdrawing money from a bank account: “I began to realize that for two years my life had been a drawing on resources that I did not possess, that I had been mortgaging myself physically and spiritually up to the hilt.” His sentiment would resonate with many people today.

Carrying on until you are depleted or you collapse is not the way to go. It’s harmful to you personally. You should also think about the ripple effects on your relationships and your ability to perform well at work. If you feel you are on the verge of having a nervous breakdown, literally or figuratively, how well are you able to parent or attend to relatives who may need your support? How productive are you in your job? How is your willpower to eat healthy and exercise?

Maybe you are not feeling very stressed or anxious at this time. Do you take pride in having a “go-go-go” work ethic? Would those around you say you are addicted to your smartphone? Do you continue working into the evening and on the weekend? We can tell you from our own experiences that you are setting a pace that is not sustainable.

Bringing back the break, before you break down

Taking a break is the important step. Now, few of us can unplug for months at a time at an estate in the country or a lovely location abroad. And while a break that is multiple days in a row would be ideal, we can start by not being so quick to keep working during the hours in which the office is technically closed. Do something restful or rejuvenating instead. You might lower your overall stress level by using part of the time to attend to a personal matter you’ve been putting off under the guise of being too busy with work. Reclaim the time that is supposed to be yours anyway.

According to statistics gathered by The Organization of Economic Cooperation and Development (OECD), the average American worker puts in more hours than the average worker in any peer country, including Japan and the U.K. In his article titled “Why White-Collar Workers Spend All Day at the Office,” Derek Thompson of The Atlantic adds this comparison: “If the average American worked as much as the typical German, she’d have about 30 extra days off per year. That’s a free six-week vacation in exchange for embracing the famously leisurely work habits of… Germany.” All of those hours you are devoting to work beyond the 40 hours that might be in your job description add up.

Having at least part of the break be social in nature will make it even more restorative due to the benefits of connection. We were interested to read in the article that people who could afford it went to sanitariums where they recovered in the company of others. Today, the word “sanitarium” might conjure up images of a stark and sterile institutional setting with scrubbable floors and walls. In reality, some were positively resort-like. Battle Creek Sanitarium, with its marble floors and Persian rugs, offered an array of social opportunities, including plays and lectures, nightly dances in ballrooms with music provided by an orchestra, indoor pools to swim in, bicycles to ride on the property and fields for playing sports. There, notes Chernow, “[John D. Rockefeller, J.] heard the inevitable: He worked too hard, suffered from strain, and should set aside more time for recreation.”

As we see the end of the pandemic in sight, we hope leaders will reexamine their “time on the clock” expectations and give people they are responsible for leading sufficient margin that enables them to protect their emotional health. It helps to establish and clearly communicate to the whole team what the “office hours” are and the acceptable response times. The goal is for each individual to truly disconnect from work for sufficient stretches of time.

Equally important, we hope leaders will cultivate cultures of connection that not only help people heal from the traumas and stressors brought on by the pandemic but provide an environment in which people can thrive and do their best work going forward.

Photo by Ben White on Unsplash