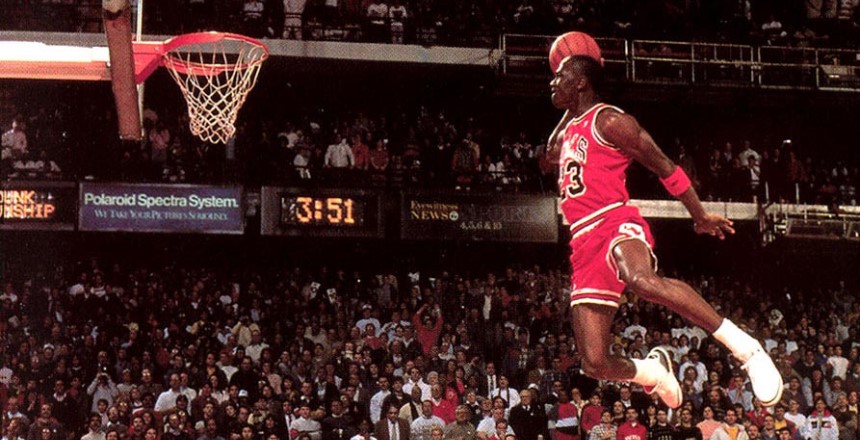 What sports fan in the 1980s and 1990s wasn’t inspired by Michael Jordan, arguably the greatest basketball player ever? His last-second jump shots, airborne dunks, and tenacious defensive coverage made him a crowd-pleasing favorite. Now Jordan has been recognized as the first professional athlete to become a billionaire. What can we learn from his success?

When Michael Jordan began playing in the NBA, he epitomized excellence as an individual contributor. His superhuman feats during his first five seasons with the Chicago Bulls, however, were not enough to make them champions. Not until Phil Jackson became head coach and began to influence the young superstar did the Bulls finally make it to the big game.

Jackson helped Jordan see the need to go beyond being a star and become what Jackson called a player “who surrenders the me for the we.” In the context of the Bulls, this meant playing as a team within the triangle offense that Jackson taught, not as an individual.

Until that time Jordan felt he needed to win games on his own because he didn’t have confidence that his teammates would perform in the clutch. But a one-man show, even if it was a show put on by one of the game’s greatest players, was never going to be enough to get the Bulls to the top. Furthermore, Jordan spent little social time with his teammates and instead hung out with his entourage that followed him around on the road. Jordan’s self-reliance and social separation made his teammates feel like supporting actors on the Michael Jordan show.

Phil Jackson could see the problem. So he went to Jordan and told him that the team needed his leadership, which would require his presence and effort to get to know his teammates personally. Having Jordan present with the team would strengthen the Bulls’ culture. Jordan’s presence and the trust he would put in his teammates would show he valued them as basketball players and as people.

Convinced that Jackson was right, Jordan transformed himself into a force for connection. He began spending more time with his teammates on and off the court. Phil Jackson observed: “Jordan’s presence [affected] the psyche of the team . . . he challenged everyone to step up . . . before practice I often found him working one-on-one with young players.”

Jordan no doubt learned from Jackson’s philosophy that everyone should feel like they have a seat at the table by keeping people informed and listening to their viewpoints.  Jackson encouraged his players’ commitment to the team by quoting a passage from Rudyard Kipling’s The Second Jungle Book that describes the law of the jungle: “…the strength of the pack is the Wolf and the strength of the Wolf is the pack.”

Jordan and Jackson worked together to convince the other Bulls players that they were a team that deserved the world championship. Michael Jordan and Scottie Pippen pushed the team to reach a new level of physical conditioning and preparation, which reinforced the players’ beliefs that no team worked as hard or deserved a world championship more than they did.

Jackson’s Chicago Bulls team accepted his philosophy of teamwork as a path to basketball greatness. As the strength of relationships among the team improved, the Bulls’ success rose to a new level. Beginning in 1991 when the Bulls won their first world championship, Jordan’s teammates sometimes made dramatic contributions to the games. In the past, when the score was close at the end of a game, Jordan always wanted the ball. After Jordan’s transformation, he trusted his teammates to make the big play during several pivotal situations.

One such instance occurred in game six of the 1993 championship when the Bulls played the Phoenix Suns. Near the end of the game, down by a score of 98 to 96, the Bulls came down court and, instead of the expected pass to Jordan, the ball went to John Paxson who shot and scored a three-point jumper just before the buzzer went off to win the game. The press hailed it as “the shot heard around the world.” The following year in the final championship game against the Utah Jazz, Jordan passed the ball to his teammate Steve Kerr who hit a jump shot just before the buzzer to clinch another championship for the Bulls. Over the course of eight years, the Chicago Bulls won six championship titles.

Michael Jordan responded by humbly making a personal commitment to his team and teammates rather than pridefully continuing as a one-man show, to the detriment of his team’s performance. The resulting connection and unity among the team and the performance that it made possible was the catalyst that transformed Jordan from being a great player into becoming a basketball legend.

Michael Jordan is a leader who cares about people and cares about results. This is a powerful combination that is essential to successful leadership. These qualities contributed to Michael’s success as a businessman and basketball franchise owner. They helped him learn how to pull a team together to get through the inevitable tough times. They helped him become a leader who people want to follow.

I expect he will accomplish even greater things in the years and decades ahead. Just as Jackson mentored Jordan, you can bet Jordan is mentoring other future leaders who go on to achieve success of their own. Their accomplishment will further enhance the leadership legacy of one of the game’s greats.

This article originally appeared on Fox Business and ConnectionCulture.com.