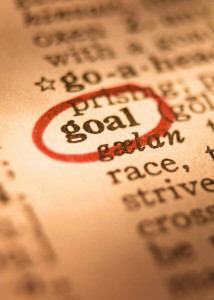 A mistake many leaders make is being overly ambitious in setting annual priorities. Going beyond five annual priorities diminishes focus and jeopardizes effective execution by tending to overwhelm those responsible for implementation.  (Neuroscientists have discovered that when people feel overwhelmed, brain function shifts from the frontal lobes of the brain, where rational decisions are made, to the mid-brain region, where rash decisions are more likely.)

One extremely successful leader who understands the importance of this best practice is Admiral Vern Clark, the Chief of Naval Operations (CNO) from 2000 until his retirement in 2005.  As head of the U.S. Navy, the CNO is a member of the Joint Chiefs of Staff and serves as the principal naval adviser to the President of the United States on the conduct of war. The Navy achieved impressive gains during Clark’s tenure.

Each year Admiral Clark communicated his Top Five priorities and as the Navy developed greater alignment with Clark’s Top Five, it became faster and more responsive. For example, within a matter of hours following the terrorist attacks on September 11, 2001, aircraft carriers, Aegis destroyers and cruisers were in position to protect America’s shores. Command and control of the Navy was quickly reestablished at the Pentagon in Washington, D.C. and planning for America’s response began while the embers of the fire from the terrorist attack still smoldered a short distance away.

Like Admiral Clark, you should set your Top Five priorities for the year ahead.  Here are five actions you can take to achieve focus for your organization and maximize the probability of achieving excellence in execution.

As the leader, set no more than five annual priorities for your team.

Share your Top Five with the people you are responsible for leading, including your rationale for each.

As much as possible, let your direct reports establish their Top Five annual priorities after communicating that their Top Five need to align with your Top Five.  Talk through the direct report’s priorities together to identify those that will advance your organization and fit the individual employee’s interests and strengths.  While you may not find a perfect set of priorities which meet the interests of all, make the effort to find the best possible set of priorities and you will be rewarded by people who execute their tasks with greater energy and enthusiasm.

One day each week, write down under each of your Top Five priorities what you and your team accomplished, highlighting the new information to distinguish it from earlier entries. Then examine your plans for the week ahead to make certain they are aligned with your Top Five.

At the beginning of each quarter, review your Top Five. On occasion, circumstances may require you to add a new priority and postpone another. This is especially true today when the speed of change is faster than historically has been the case.  Periodically reviewing your Top Five helps make certain you and your organization are not continuing down a path that is no longer optimal.