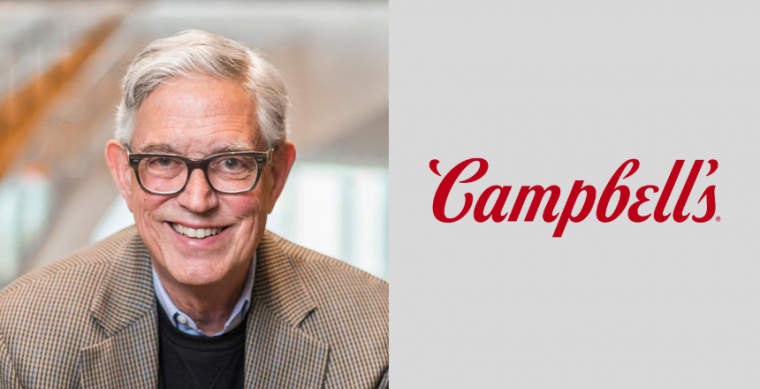 Campbell Soup Company was not in good shape when Doug Conant was named President and CEO in 2001. Sales were declining. The stock price was falling and it was underperforming the S&P 500. I’ve long held that it takes a commitment to pursuing both task excellence and relationship excellence in order to achieve sustainable superior performance. Pushing the task side alone won’t do it and will cause more harm. Brought in to effect a turnaround, Conant knew it would be essential for leaders across the organization to combine the two elements. He told leaders, “When you are both tough-minded [on issues] and tender-hearted [toward people], you can deliver ever-higher levels of performance.” People at Campbell’s would come to realize that he was serious about the relationship side of the equation.

As he recounted in his book TouchPoints: Creating Powerful Leadership Connections in the Smallest of Moments, he made it clear on his first day at Campbell’s that “leaders must show they cared about the employees’ agenda before they could expect employees to care about the company’s agenda.”

One important step Conant took as part of the multifaceted effort to improve the work environment and the employee experience was to implement Gallup’s 12-question employee engagement survey (commonly referred to as the Q12). It was a very smart move because it clearly communicated to Campbell’s leaders not only what Conant expected of them, but also that he was measuring for it and would hold them accountable.

Measuring Connection at Work: What the Q12 Reveals

If you are not familiar with Gallup’s Q12, the employee engagement survey asks questions to assess an employee’s level of connection with their organization’s mission and purpose as well as with their supervisor and colleagues. More specifically, the survey asks whether their supervisor or a colleague cares about them as an individual and encourages their development, if expectations are clear, and if they feel their opinions are considered. It also assesses whether they feel connected to their work by asking whether their job is a good fit with their strengths and if they are learning and growing. The survey even asks if they have a best friend at work—a question that certainly affects connection but is one that many leaders struggle with because they believe it isn’t reasonable to hold a leader accountable for delivering best friends at work.

Gallup’s research bears out the critical role that engagement plays in performance and the bottom line. In 2016, Gallup performed a meta-analysis of 339 research studies comprising 82,248 business or work units and 1.8 million employees within 230 organizations across 73 countries. The research concluded that top quartile units with higher Q12 scores (in other words, higher connection) outperform bottom quartile units. Comparing the two ends of the spectrum, the units with higher connection and engagement had:

Skeptics may argue that favorable organizational outcomes affect employee engagement more than employee engagement affects organizational outcomes. Gallup chief scientist James Harter teamed up with Frank Schmidt, the Gary C. Fethke chair in leadership and professor of management and organizations at the University of Iowa, to put this theory to the test. They and a group of researchers completed a meta-analysis on longitudinal research from 2,178 business units within 10 large organizations working in diverse industries. The research established causation by measuring across three time periods, finding conclusive evidence that engaged employees caused higher employee retention rates, better customer loyalty, and superior financial performance. The evidence for causality in the reverse direction—from performance to employee engagement—was, according to Schmidt, “pretty weak in comparison.”

Gallup’s gold standard for employee engagement/connection is a ratio of 12:1 (i.e., twelve engaged employees for every employee who is either not engaged or is actively disengaged). In 2001, Conant’s first year at Campbell’s, he had a Q12 survey done that would serve as a baseline going forward. The result was dismal; the ratio was less than 2:1. (Imagine what it would be like to work in an organization in which one-third of your colleagues are not engaged.)

For the next two years, Conant invested time and resources in “training, coaching, and cajoling” 350 global-level leaders to improve their work environments in order to raise the engagement level. In 2003, the ratio had improved, but only slightly. For Conant, the new ratio of 4:1 was not acceptable and it indicated that not all of the leaders were on board with this effort. He let leaders know, in no uncertain terms, that he was serious about employee engagement and if they weren’t, they should leave.

Conant began to really hold leaders accountable. By the end of that year, 300 of the 350 leaders (86%) had parted ways with the organization. New leaders were put in place who, like Conant, were people- and results-oriented.

Conant believes, “To build relationships, you need to take the time to talk to people. Get to know them. Learn their stories. Listen for what drives them, what they care about, what they take pride in, and what concerns them.” Rather than view people through a lens of hierarchy, leaders should see them as individuals “with their own priorities, anxieties, hopes, and dreams.” He believes that leaders should be transparent about who they are and “lead with your head and your heart.” He advises leaders to use the “four magic words” of “How can I help?”

And as the work cultures throughout Campbell’s improved, so did the organization’s performance on many fronts. Here was the picture in 2009: “The company was outperforming both the S&P Food Group and the S&P 500. Sales and earnings were growing, the core businesses were thriving, the employees were highly engaged in their work, the company was increasingly being recognized for its progress with workforce diversity and inclusion, and Campbell was ranked as one of the ten most socially responsible U.S. companies.”

Acting on the Survey Results

Plenty of leaders give lip service to improving employee engagement. Not Doug Conant. He firmly believes that “to win the marketplace, you must first win in the workplace.” He took action and he kept at it. It was not a “one and done” attempt to boost morale and then move on to the next issue. Consistently measuring engagement demonstrated to employees at all levels of the organization that he was serious about the kind of work experience they were having. That he followed through on holding leaders accountable to improve the everyday experience of those they were responsible for leading was a clear testament to his commitment. Strengthening connection and engagement at Campbell’s accelerated an improvement in the bottom line.

I’m an advocate of measuring engagement. Most leaders who rely on their own “take” of the situation are mistaken in their assessment of the connection levels of people they lead. As a result, they don’t recognize there is a problem until they feel the pain from underperformance in the form of poor operating and financial results, incidents of managerial failure (including accidents and product failures), or high employee turnover.

Once you have survey results, identify the leaders who are cultivating an engaging work environment and those who need help. Consider creating peer mentorships between the leaders who have achieved high engagement and those who have not. If you don’t want to go the mentoring route, provide coaches to support your leaders. In addition, it is critical to provide training to all of your managers so they share a common language and framework about how to improve employee engagement. For example, in the training we provide, we teach a simple, memorable, and actionable 3 V model that employee engagement is rooted in a work culture of connection where leaders communicate an inspiring vision, value people, and give them a voice to share their ideas and opinions. In other words, Vision + Value + Voice.

Note: Portions of the article were adapted from the 2nd edition of Connection Culture: The Competitive Advantage of Shared Identity, Empathy, and Understanding at Work.