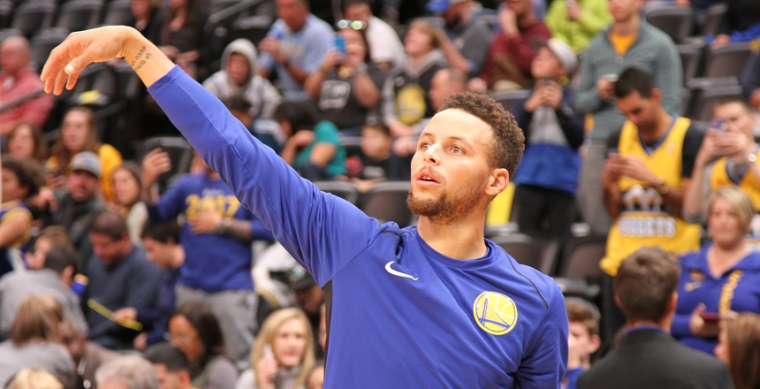 Being both results driven and relationship minded, leaders such as Steph Curry foster a culture of connection in which individuals and groups can thrive. They do this as they communicate an inspiring vision that unites people, value people as individuals rather than treating them as mere means to an end, and give people a voice by seeking their opinions and ideas then considering their input. An easy way to remember the Connection Culture Model is Vision + Value + Voice = Connection.

In the profile of Curry in the 2nd edition of our book, Connection Culture: The Competitive Advantage of Shared identity, Empathy, and Understanding at Work, we describe how he connects with his family and teammates, and how he cultivates a culture of connection on the Golden State Warriors team. Here are some examples:

Steph Curry has benefited throughout his life from the connection of a loving and supportive family. His father, Dell, played in the NBA for 16 years. His mother, Sonya, was a college athlete at Virginia Tech, where she and Dell met. A tearful Curry thanked them in his acceptance speech after being named the NBA’s Most Valuable Player in 2015. Specifically, he expressed his gratitude for his mom’s spiritual leadership and discipline, and his father’s example on and off the court. Curry is close to his sister, Sydel, and his brother, Seth, who is also a player in the NBA. In 2011, Curry married his wife, Ayesha, whom he had met in high school, and they have three children.

As a player and leader on the Warriors, Curry uses his skills to connect in ways that lift the performance of his teammates. He’s humble and doesn’t need to be in the spotlight. He had no problem becoming the number 2 scorer when the superstar Kevin Durant joined the Warriors and was named NBA Finals MVP in 2017 and 2018. Durant says about Curry: “The stuff you hear about Steph—as far as sacrificing, being selfless, caring about his teammates, caring about other people—is real, it’s not a fake, it’s not a facade. . . . He really is like that.”

The players around Curry know that he looks out for them and makes sure they feel included, whether it’s welcoming them when they are new to the team, passing the ball to them so they can take shots even when he could have taken the shot himself, or encouraging them. Quinn Cook said, “[Steph’s] happy for you when you do well. He’s always building you up if you’re going through anything.” Alonzo McKinnie observed, “If [Steph] sees us down, he’s coming to uplift us. He cheers up guys and gets guys in that good spirit. . . . It shows his character and the type of guy he is on and off the court.”

Commenting on Curry’s ability to come alongside teammates who may be at odds with each other, Klay Thompson says that he is “a very great voice of reason during times of turbulence.” Damion Lee has said, “For any leader, it’s about understanding what someone is going through and trying to help them and empathize as much as you can. [Steph] tries to build that and keep everyone together.”

Curry’s teammates and coaches praise him for engaging in individual and group conversations about how to make the team better. This includes helping individual players perform better or considering things the team can do together to improve their performance over the season.

Coach Steve Kerr observes, “Steph leads with his example, his work ethic, his humility. The players all love him. They love playing with him. They appreciate him so much.” San Jose Mercury News sports writer Mark Medina wrote that Curry brings joy to the team, noting “[Steph] will take half-court shots at the end of practice. He will leap out of his seat when a teammate completes a highlight reel. He will say or do things that will make people laugh.”

Seven Practices to Strengthen Your Team

While most of us will never be able to sink a shot from half court, let alone with the ease and accuracy of Steph Curry, we can emulate him in other ways.

By applying these connecting behaviors we see in Steph Curry as we interact with our teammates, we should see a positive difference in how people work together and the level of play rise for the whole team.

This article was coauthored by Katharine P. Stallard.