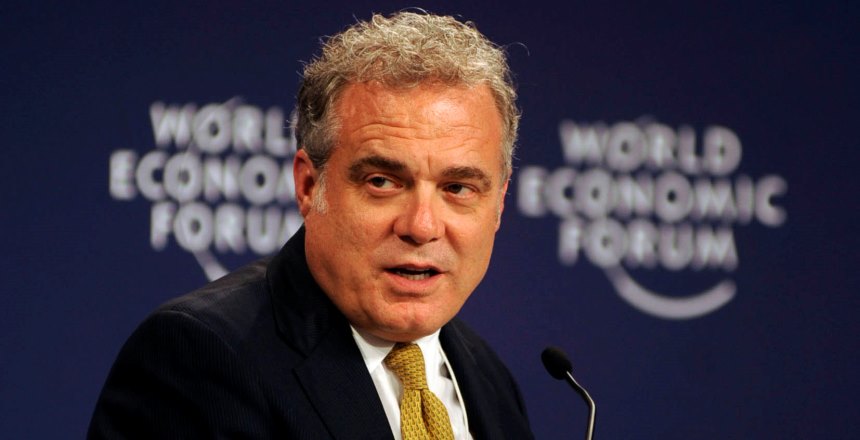 At the 2015 World Business Forum in New York City, Aetna CEO Mark Bertolini laid out the most important vision at the conference: a vision to save healthcare.

Bertolini’s message is that healthcare is broken and that he is committed to fixing it. Although his vision will be difficult to achieve, his resolve and thoughtfulness is evident.

He knows fixing healthcare is important. He knows it will have a positive effect on the length and quality of lives of millions of Americans.

Bertolini’s dedication to the cause of reforming healthcare and actions as CEO make him a clear example of a servant leader.

The term “servant leadership” has been around since Robert Greenleaf coined it in 1970. Many leaders I’ve spoken with about servant leadership struggle with the word “servant” because of its link to Jesus’ words  “I came not to be served but to serve” and to the subservient nature of a slave.

Despite these concerns, I still find servant leader is an accurate description of the great leaders I’ve known and studied. These leaders serve a cause just as Mark Bertolini serves the cause of changing healthcare. Furthermore, they think of themselves and behave in ways that serve the people they are responsible for leading.

My friend Frances Hesselbein, chairman of the Frances Hesselbein Leadership Institute, once told me “to serve is to live” (now it’s her Twitter handle). There is a great deal of wisdom in this phrase.  Leaders who serve benefit from “helpers high,” an emotional state that research has found makes people healthier, stronger and more energetic. Leaders who serve also connect with the people they serve which leads to greater employee and customer engagement.

Mark Bertolini is a wonderful illustration of this point.

Serving a Cause Greater than Themselves

Several experiences Bertolini had helped him develop greater empathy for people experiencing life-threatening healthcare problems. For a season, he worked as a paramedic in his native Detroit. In 2001, Bertolini’s son was diagnosed with incurable lymphoma. Bertolini took time off from work and moved into his son’s hospital room. Today, his son is alive, well, and working in Boston.

In 2004, Bertolini was seriously injured in a ski accident that fractured his neck in five places and left him struggling to recover his health. The painkillers doctors gave him dulled his mental acuity and diminished his ability to work. He gave them up for alternative medicines. Although he still experiences neuropathy in his left arm, he manages the pain with yoga and acupuncture.

Walking the journey of patients and their family members shaped Bertolini so that he has a passion and drive to reform healthcare. His vision is based on proactively making individuals healthy and productive rather than on eliminating disease (a reactive approach), as has historically has been the focus of healthcare. This mindset has also influenced how he leads people who work at Aetna.

Serving Those Who Serve the Cause

Bertolini appreciates people who work in healthcare. When Bertolini was out meeting people who worked on the frontlines of Aetna, he frequently heard people say it was difficult for them to afford the insurance Aetna offered. Bertolini asked Human Resources to look into it. When it was reported back that the employees’ comments were true, Bertolini took action. Earlier this year, he raised the Aetna minimum wage from $12 to $16 an hour.

Mark Bertolini is a CEO to watch. His mindset of serving the cause and serving those who serve the cause could very well make Aetna a catalyst for positive change in healthcare.