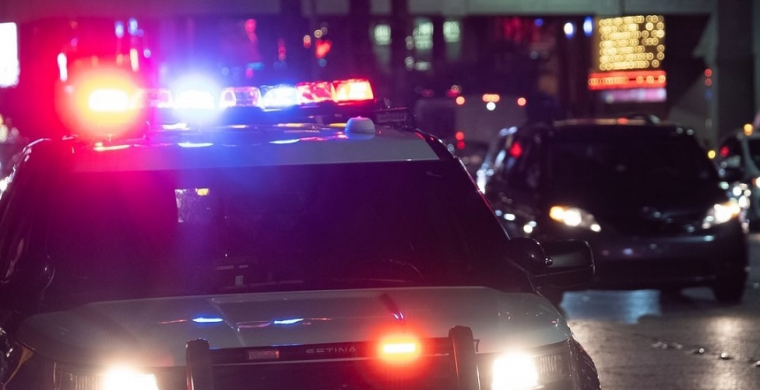 The FBI reports that people who become active shooters often feel socially rejected: “Time and again, targeted violence offenders have claimed to be persecuted and alienated from their peers, family and world at large, viewing themselves as outsiders and not part of a larger social network.”

That characteristic of a person who turns to violence should be part of the conversation as concerned citizens, experts in a variety of fields, law enforcement, and elected officials at all levels of government grapple with what can be done about the increasing incidents of mass shootings. In what will need to be a multi-prong approach, it happens to be a piece that each of us can do something about.

After a speech I gave on the power of human connection in the workplace, a man approached me with a story that he learned in active shooter training that the FBI provided for his company. It underscored the findings I had shared and my call for all of us to become intentional connectors.

The FBI had identified a man as a person of interest and had agents pay him a visit. They discovered that he had gone as far as deciding on the specific individuals at his job who he wanted to kill, devising a plan, and purchasing weapons and ammunition. Then something happened that made him change his mind: one of his intended targets invited him to a party. Chances are the colleague had no idea that this gesture of connection would be the turning point that prevented a tragedy.

When someone or multiple individuals reach out and connect with those who are lonely or isolated, it can short-circuit a chain of events that otherwise might lead to an act of violence against oneself (suicide), another (homicide), or others (mass murder).

I know this is a complex topic and sometimes connecting with the lonely or left out individual is not easy. Your efforts may not be enough to deter the person from acting out and you may need to bring in professional help. But I believe that more often than not, connection can make the difference. Let me explain why.

Tapping the Power of Human Connection

In my books and teaching, I’ve made the case that positive human connection helps individuals and organizations thrive. It is the X factor in a culture that brings out the best in people; a connection culture fuels cooperation and collaboration and propels the ongoing success of a group.

Conversely, the absence or breakdown of connection between people sabotages performance, impedes the flow of knowledge and innovation, and sets a negative course. It can leave people feeling marginalized and angry about how they are being treated by those around them.

What I’ve learned about connection relates to our lives outside of work too. Because the loneliness epidemic and high levels of stress today are contributing to soaring mental health problems, suicide, and violence, including mass murders, it is important to understand that bolstering human connection helps address these problems as well.

Previously I’ve written about how the U.S. Centers for Disease Control (CDC) recommended connectedness to reduce the risk of suicide. Given our focus on connection, my colleagues and I have been brought in to do work for several business, government, healthcare, and education organizations to help them reduce the risk of suicide among their ranks. In this article I will turn my attention to the role that connection can play in reducing the risk of harm being directed toward others.

An underlying issue to understand is that when people feel excluded, they experience pain. What they do to mitigate that pain is what matters.

We are hard-wired to connect. As I shared in “Boost Connectedness to Reverse the Rise of Suicides in America,” research summarized in Loneliness: Human Nature and the Need for Social Connection by the late John Cacioppo and William Patrick supports that connection is an indispensable resource to help us thrive as well as cope with stressors and threats we face in life. Studies have shown that disconnection can undermine several resilience factors, including getting adequate sleep and physical exercise, and eating healthy, all of which are important to cope with chronic stress. Research has also shown that a lack of sufficient connection is associated with increased vulnerability to other stressors, a more intense reaction to negatives, less emotional boost from positives, greater feelings of helplessness and threat, and impaired cognitive function.

Have you noticed that we use words associated with physical pain when describing situations related to feeling socially disconnected (our feelings are hurt; we are heart-broken; we’re being crushed by grief; we are emotionally scarred)? According to brain research done at UCLA using fMRI scans, when people feel socially excluded, it activates the parts of the brain that register physical pain and alert bodily systems that “something is wrong.” (As an aside, other studies have shown that social pain triggers an inflammatory response in the brain just as physical pain does. Taking acetaminophen reduced the inflammation in study participants and they reported fewer hurt feelings than participants who took a placebo.) The UCLA researchers noted, “This study suggests that social pain is analogous in its neurocognitive function to physical pain, alerting us when we have sustained injury to our social connections, allowing restorative measures to be taken.”

The best way to counter and eliminate the social pain from loneliness and disconnection is to connect with others. Unfortunately, another insight from science is that loneliness undermines one’s ability to reconnect. This makes it especially important for others to initiate connection.

If attempts at restoring connection fall flat or seem beyond reach, then what? The lonely person often turns to addictive behaviors and/or substances as a means of coping and to numb the pain.

Sometimes the person will displace the pain by taking it out on someone else. Displacement aggression might be directed at the person believed to have caused the social pain (i.e., a supervisor or colleagues) or at random people (for example, school children and their teachers). When Robert Sapolsky at Stanford studied aggression in baboons, he found that stress hormones declined in baboons after they took out their frustrations by physically attacking other baboons that had lower power and status in the tribe’s social hierarchy.

What You Can Do

The first step to addressing this problem of loneliness potentially leading to violence is becoming informed. Being aware of the negative consequences of feeling consistently lonely and disconnected, and the many positive benefits of connection, is important. Spread the word by sharing this article with others.

The second step is to observe those around you. Remember, loneliness is a subjective feeling. Someone can feel lonely while surrounded by people. So what might you look for? Do you have a colleague who is staying more on the edges of the group recently or is pulling completely away from the group? Is there a person who seems to be over-reacting to comments or situations? It might be because they are under a lot of stress but consider whether loneliness is a factor. What steps can you take to connect with that person? If something about the person’s attitudes, words, or behaviors is raising red flags and you have a safety concern, who do you need to bring that to?

We can all learn from the 5th grade teacher in this article who, following the mass shooting at Columbine High School in 1999, devised a system to identify children in her classroom who may feel lonely, left out, or who are being bullied or are struggling to connect with other children. Then she comes alongside them to ensure they get the help they need. Her deep concern, as captured by the writer, is that “… all violence begins with disconnection. All outward violence begins as inner loneliness. … [The teacher] watched that tragedy knowing that children who aren’t being noticed may eventually resort to being noticed by any means necessary.”

As I learned 15 years ago while helping rocket scientists in the engineering section of the NASA Johnson Space Center become better connectors, sometimes all it takes is to help someone find the right language to connect with others and encourage them to make the effort.

It is important to note that if your colleague is showing signs of distress that could result in harm to themselves or to others, do not delay in connecting them with the appropriate professionals to help. Connection is a powerful preventative, but it may not be a sufficient remedy for those already deep into a mental health crisis. Bringing in professionals trained to work with those in crisis situations is a wise decision for the safety of everyone involved.

Third, take action to cultivate cultures of connection in your home, community, and workplace that foster respect, recognition, and a sense of belonging. A culture of connection makes people smarter, happier, more productive, more resilient to cope with stress, and less likely to commit suicide, homicide, mass murder, or sexual assault.

Following the rash of mass shootings we’ve experienced of late, we urgently need to address this problem from every angle, including steps we can take as a society to combat loneliness so there are fewer people who feel socially rejected. How can we extend kindness to everyone in our community so they feel they belong? You never know what a smile, a kind word, a listening ear and empathetic comment, a helping hand, or a “come join us” might mean to someone who is lonely and under duress.