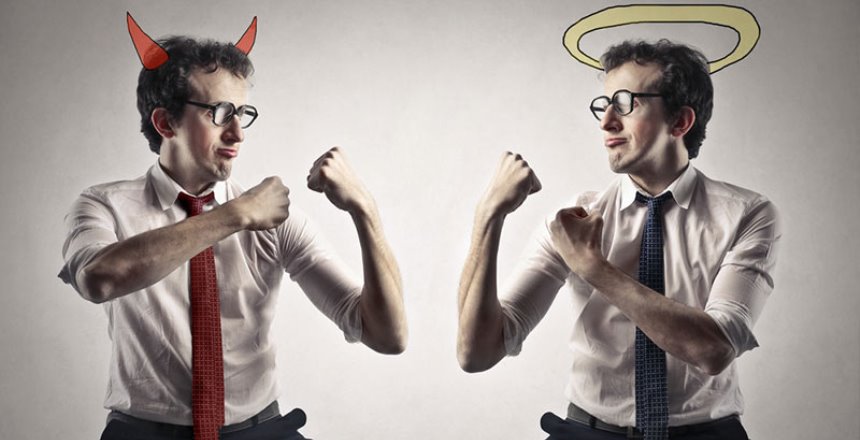 The word “integrity” comes from the Latin “integritas,” meaning wholeness and soundness. The integrity of Servant Leaders is one reason people see them as being sound and grounded human beings. Their integrity is like a rock-solid foundation of a building.  Conversely, a leader who lacks integrity is not perceived to be solid, dependable or reliable.

Servant Leaders have integrity. In other words, they express what they believe (reflecting honesty) and what they feel (reflecting authenticity). They don’t hide or misrepresent their thoughts and feelings. They don’t exaggerate. They don’t lie. They follow through on their commitments. They practice what they preach.

Leaders with integrity declare and explain their values. In the “Montpelier Command Philosophy,” the commander of the U.S.S. Montpelier showed integrity by expressing his values, what he expected of himself and the crew he was responsible for leading. He also defined integrity as “Do the right thing; don’t take the expedient path. If you are not sure what the right thing is, and you have the opportunity, ask. If you can’t, trust your judgment and training. This requires a great deal of courage, but if you act honestly and faithfully in this regard, you will not be second-guessed.”

Because Servant Leaders possess the character strength of integrity, they strongly believe the following statements: it is more important to say what I believe than to be popular; things tend to work out when I tell the truth; I would never lie just to get something I want from someone; my life is guided and given meaning by my values; I always follow through on my commitments, even when it costs me; I dislike phonies who pretend to be what they are not; and, it is important to be open and honest about my feelings.

Integrity is related to the core element of Voice in a Connection Culture. People with integrity strengthen Voice in a culture because they speak up and say what they believe rather than withhold their thoughts or lie because they want to say what others want to hear. When they express themselves, it is done in a way that reflects Human Value. In sharing their thoughts and feelings in a manner that safeguards relational connections, leaders with integrity also demonstrate the character strength of social intelligence.  People with integrity are not naysayers because, in addition to integrity, they also possess the character strength of hope (which includes optimism). When they speak, their comments are sincere, constructive and intended to advance their team’s work, rather than to impede it.

Examples of Integrity in Action

Ann Mulcahy, former CEO of Xerox Corporation, had a reputation for being candid.  Shortly after becoming CEO, she announced that Xerox’s business model was unsustainable and that the company would confront reality then make the tough decisions necessary to restore the Xerox’s competitiveness. One employee told the press, “part of her DNA is to tell you the good, the bad, and the ugly.”

Result: Because of her integrity, Ann Mulcahy gained the trust of Xerox employees. They pulled together, gave their best efforts and returned Xerox to profitability. One Xerox board member described the turnaround as a “minor miracle.”

After Goodyear Tire lost money in 1990 (the first time in 60 years), the board persuaded Stan Gault, a Goodyear director and former CEO of Rubbermaid, to come out of retirement and replace Goodyear’s CEO. When Gault arrived, he began to unplug lights and unscrew light bulbs in the former CEO’s large office to reduce costs. He ate in the company cafeteria with the rest of the employees and got rid of executive parking spaces.  The word spread like wildfire among Goodyear employees that Gault believed “thrift is a virtue.” When Gault then asked all Goodyear employees to help reduce the company’s bloated costs, they already knew their leader walked the talk.

Result: Goodyear employees responded to Gault’s integrity and plea to reduce costs. As a result, the company paid down its debt and invested in new research and development.   Soon thereafter, Goodyear launched the newly developed “Aquatread” tire. It was a huge success and Goodyear was restored to profitability.

Result: These practices help maintain a high level of organizational integrity because employees know Ritz-Carton’s values and are more likely to apply them. The Ritz-Carlton’s integrity has contributed to the organization receiving all the major awards bestowed by the hospitality industry and leading consumer organizations.

Five Actions You Can Take to Develop Integrity as a Leader

Remember that people will not follow a leader they do not trust. Trust is earned through, among other things, integrity. Great leaders — trusted leaders — demonstrate integrity.  This leads to gaining the confidence of those around them. These people then become dedicated employees, trusted friends, and strong supporters of shared goals.