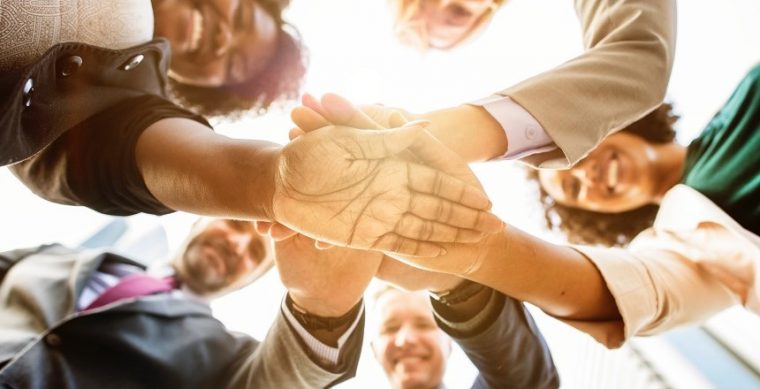 I highly recommend reading Stanford Professor Jeffrey Pfeffer’s recent books, Leadership B.S. and Dying for a Paycheck. In them he makes a compelling case that most leadership training has failed to produce effective leaders and that the poor state of the vast majority of workplace cultures today is harming the health of people. He provides an abundance of evidence to support these conclusions. Professor Pfeffer recommends boosting connection in workplace cultures (which, as most of you know, is the focus of our work). You could read Professor Pfeffer’s books and become depressed, but I’m not. Below I explain why.

My colleagues and I believe that the primary reason people and organizations are struggling with employee engagement and organizational culture is that they are not intentional about developing cultures that connect people. So many current practices create cultures of control or indifference that isolate people. For the individual, being under stress to perform while feeling isolated is a recipe for chronic stress response, poor performance, and physical and emotional health problems. Connection, on the other hand, is a superpower that makes people smarter, happier, more productive, more resilient to cope with stress and healthier. It follows that teams and organizations with cultures of connection have employees with a superior cognitive advantage, higher employee engagement, better strategic alignment, superior decision-making and greater innovation. That adds up to a powerful performance advantage (and a competitive advantage).

Several developments this year make me optimistic that the need for connection is catching on. First, I recently read the Doctoral Dissertation of Jon Rugg, Ph.D. in which he set out to examine leader virtues and practices as inputs, organizational culture and employee motivation as mediating factors, and perceived team performance as an outcome. In the section that reviewed scholarly research, he wrote that over the last hundred years of scientific inquiry, there has not been a consensus on the definitions of, or a general theoretical model for, leadership or organizational culture. However, two trends have emerged in recent years. The first is that scholars are finding organizations are composed of a complex web of intricate relationships best captured by theories of complexity. Second, research is finding that effective leaders and effective organizations foster positive relationships and care about people in what can be referred to as “relational virtues.” Connection is cited as a new general theory of leadership and organization culture that integrates these trends (and Dr. Rugg cites our book, Connection Culture, as the work in which his study was based). The dissertation describes the results of his value chain analysis that finds empirical support for each of the three models of organizational culture described in our book—Connection Culture, culture of control and culture of indifference—and for the notion that relational cultures tend to outperform organizations that do not focus on relational attributes.

The second reason I am encouraged is the affirmation I have received as I’ve interacted over the last year with Alan Mulally, the CEO who led the turnaround of the Ford Motor Company and who I wrote about in Connection Culture. Alan has said that he believes the Character>Connection>Thrive Chain (shown below) represents the future of leadership development. (It was a more complex version of the Connection>Culture>Thrive Chain that was analyzed in Dr. Rugg’s study). Those of you who have followed Mulally know that he is one of the most successful leaders worldwide (Fortune ranked him as the 3rd best leader in the world). His opinion means a lot to me. It’s encouraged me to be an unwavering advocate for connection and made me more optimistic that connection is catching on. 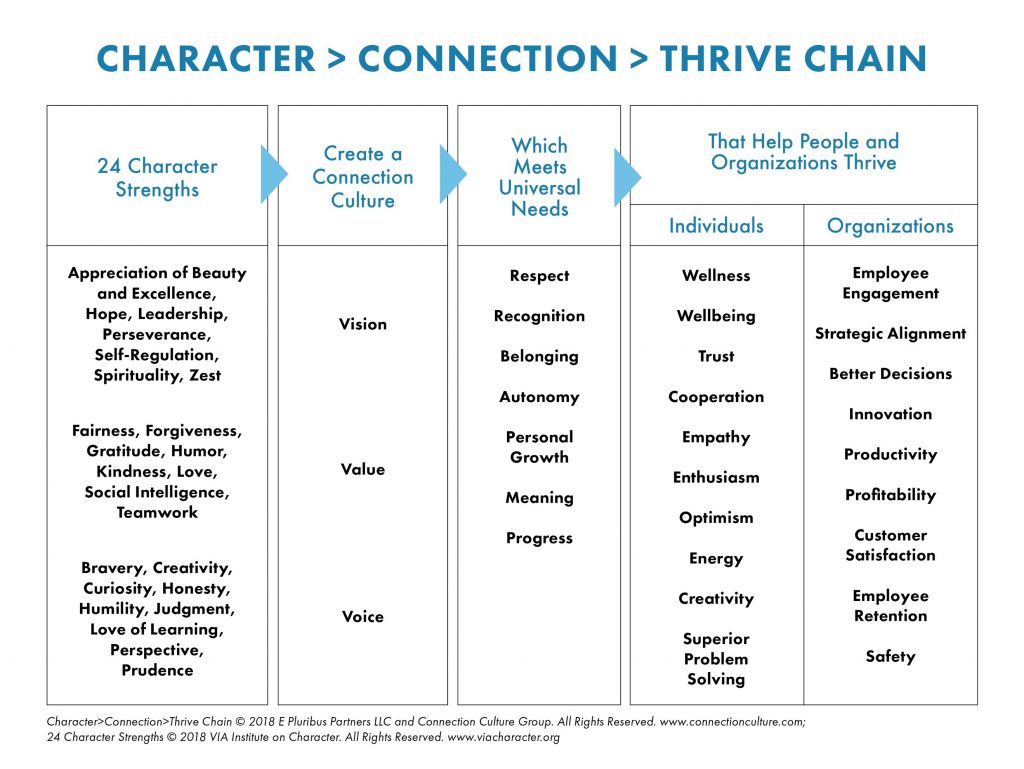 Another reason I’m optimistic is the success of Daniel Coyle’s book, The Culture Code, which makes the case that connection is why great teams succeed. This book is raising the awareness of many practitioners that they need to develop and maintain workplace cultures that connect people.

I’m also encouraged by increased media coverage of America’s need for connection as it covers America’s loneliness epidemic. I’m noticing artists who are incorporating connection and loneliness into their works. Take, for example, this fantastic music video titled “Connection” recently released by the band OneRepublic.

Finally, I believe people can work together to make the future brighter. Not everything is in our control, certainly, but time and again throughout history optimistic people have pulled together and persevered to overcome obstacles and achieve great ends. At Connection Culture Group, we are concerned about the 87% of workers around the world who aren’t motivated to give their best at work because they don’t feel seen, heard or valued in their workplace. When they don’t feel connected, they suffer and the organization suffers. The ripple effect touches families, friends, and the economy. We know this state of widespread disengagement can be turned around. We are committed to carrying the message of connection and equipping like-minded people to be agents of connection in their spheres of influence. Are you with us?