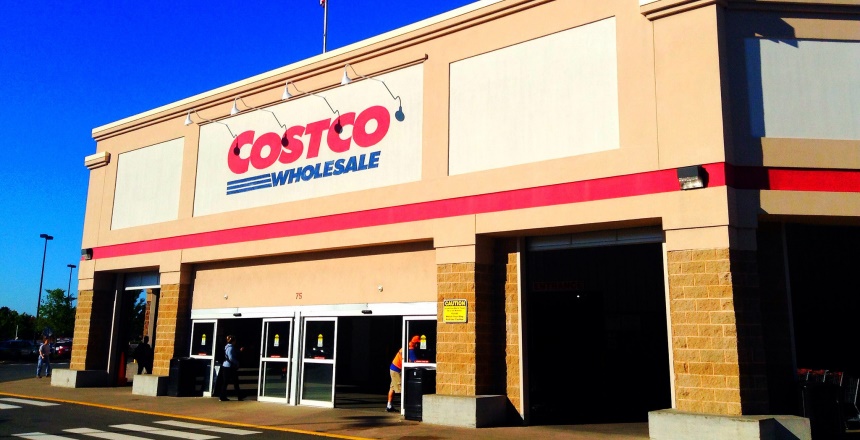 Costco Wholesale moved in front of Google to earn the title of America’s best large employer this year. To determine America’s best employer each year, Statista and Forbes survey 30,000 workers at U.S. organizations, asking them questions about their work experience. Costco has consistently appeared in the top three. Clearly, Costco is doing something right. 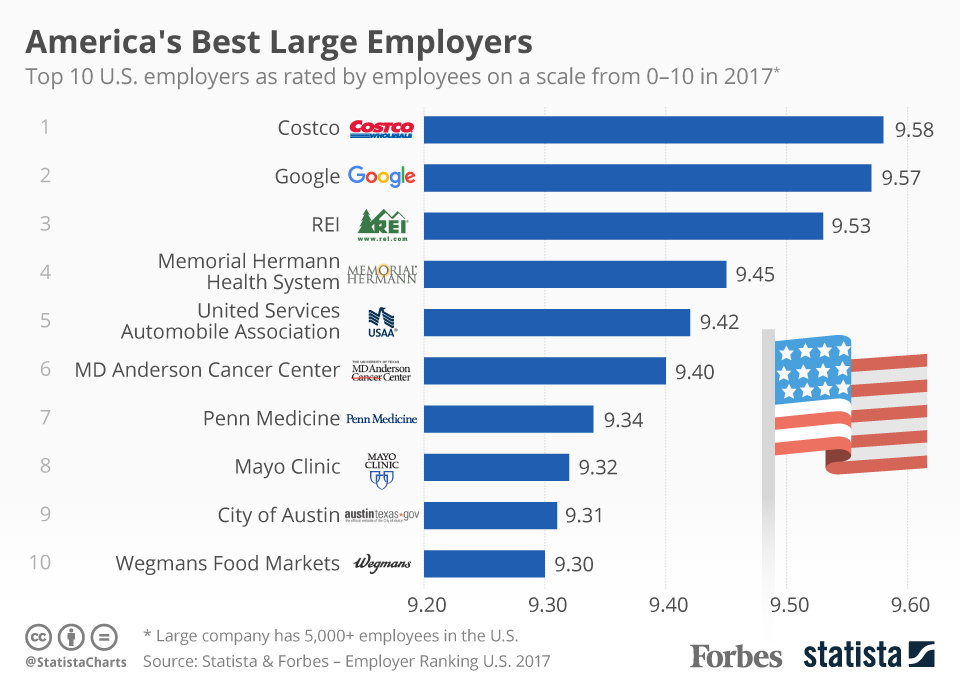 When Costco opened a location in our area, my wife and I became members. Invariably, we stop in for a few items and come out with a loaded cart. Our customer experience has always been positive. Recently, I’ve been learning about the corporate side of Costco, poring over articles and analyst reports. I’ve spoken with Jim Sinegal, Costco’s co-founder and CEO from 1983 to 2011, and interacted with Ryan Watkins, a young Costco warehouse manager across the country in Oregon. In early August I traveled to Seattle to attend a portion of Costco’s Annual Managers Meeting where I gave a keynote speech based on my book Connection Culture: The Competitive Advantage of Shared Identity, Empathy and Understanding at Work. (In the spirit of full disclosure, Costco purchased 1,100 copies of Connection Culture for its leaders.)

At a time when the percentage of engaged employees in America is stuck at around one-third and American-style capitalism has fallen out of favor in the eyes of many, Costco represents what’s possible, the very best of America. It provides a model corporate culture that other organizations should strive to emulate.

What is Culture? What Types of Culture Exist? Is There a Best Culture?

Culture is a vague concept to most leaders. When my colleagues and I set out to make culture clear so leaders could become more intentional about developing and maintaining a healthy culture, we came up with the following simple definition:

Culture is the predominant attitudes, language and behavior of the organization.

Our research discovered that there are three types of cultures that leaders and workers need to be aware of. The first is the “culture of control.” In this culture, most people feel controlled by one of more of the following: autocratic leaders, micro-management, too many rules and/or bureaucracy. The second is a “culture of indifference” in which most people feel that the people they work with don’t care about them and see them merely as means to an end. Both cultures of control and cultures of indifference make many people feel unsupported, left out and lonely. With the prevalence of these organizational cultures in the U.S., it’s not surprising that two-thirds of American workers are disengaged.

The best culture we discovered is a “Connection Culture.” In this culture, most people describe feeling connected to their supervisor, colleagues, their work, the organization’s leaders and the people the organization serves. When people feel these connections, they thrive, individually and collectively. Connection Culture is created when leaders communicate an inspiring vision, value people and give them a voice (i.e. Vision + Value + Voice = Connection). A Connection Culture provides five benefits to organizational performance that I’ve written about, which, taken together, add up to a powerful source of competitive advantage.

Costco has one of the highest degrees of connection I’ve personally witnessed in my 15 years of focusing on issues of organizational culture. I believe it helps explain why Costco is America’s best employer. Let’s look at the three elements of Vision, Value and Voice and how they provide the foundation of Costco’s Connection Culture.

In the context of a Connection Culture, my colleagues and I define vision as having three parts: mission, values and reputation. The vision of Costco is that the organization helps people make ends meet, helps businesses be more efficient and serve customers better, and is a positive force in the communities where its warehouses reside.

Costco’s values are summed up in a phrase “always do the right thing, even when it hurts.” Costco lives this out in the way it faithfully serves its members, the way it treats employees like family and the positive things it does for communities. Because Costco deliberately lives out these aspirations, its reputation is stellar. As a result, Costco’s members trust the company will provide quality goods and services at an attractive price, and will be safe for its members and the people they love. The level of customer loyalty Costco has developed with its members is the envy of every retailer.

Value exists in a culture when people are valued as human beings rather than being thought of and treated as means to an end. Costco values people. Compared to competitors, it provides generous compensation and benefits to its employees. Costco provides career opportunities for its employees. The fact that Costco’s senior executives started out working on the front lines in warehouses is a testament to upward career mobility. The job security Costco has provided also shows that it values employees as human beings.

Valuing people has been stress-tested at Costco, too. The times Wall Street criticized Costco for its generous compensation and benefits, Costco’s leaders didn’t cave in. Instead, it continued to do what was best for the long-term by giving raises to its people. During difficult economic seasons, Costco tightened its belt, rolled up its sleeves, and worked harder and smarter so that its employees would continue getting raises. No jobs were cut when Costco merged with Price Club. At the warehouses, the local leaders hold programs to help employees move up in responsibility and they teach managers to “greet before delegating.” A word you will hear frequently at Costco is “family.” The intentional attitudes, language and behavior at Costco make its people feel like valued members of the Costco family.

When I spoke with Jim Sinegal, he emphasized that valuing people is the right thing to do and it’s a good business practice. Costco’s low employee turnover is a case in point.  Furthermore, longtime Costco employees develop friendships with each other — a factor which has been shown to boost employee engagement and performance.

3. Give People a Voice

Giving people a voice to express their ideas and opinions then considering them is a third way Costco strengthens its Connection Culture. Sinegal told me a story about the time in Costco’s early days when it was opening a warehouse in downtown Seattle and the local liquor license inspector questioned everything. As the inspector’s inquiry stretched out, Sinegal blew up at him, in frustration. A colleague of Sinegal’s had to be sent to convince the inspector that he had gone temporarily insane.

Looking back, Sinegal wishes he could thank the inspector. His thorough questioning helped Costco become better prepared for what it would face ahead during its decades-long expansion. The bottom line is that difficult conversations and questions can be gifts in disguise. Costco embraces this attitude of humility and honesty and that posture makes the company smarter and stronger.

While attending Costco’s Annual Managers Meeting, I saw another manifestation of the Connection Culture element of Voice. Costco continuously taps into the ideas and opinions of its employees around the world to identify ways to improve its delivery of goods and services to members and improve efficiencies that reduce costs. Video after video was shown of employee ideas that have been implemented, along with estimates of the economic benefits associated with each. The creativity and ingenuity of Costco employees was a sight to behold. In highlighting these stories, Costco leaders celebrated these improvements while at the same time disseminating practices that could be replicated across the company.

The company’s Connection Culture provides a competitive advantage that will help it sustain its impressive track record of superior performance and weather the difficult seasons that all companies face from time-to-time. Some of its competitors have been reported in the press to have toxic cultures that harm employees. These organizations may continue to perform well for a while, but eventually their lack of connection will lead to managerial failure that sabotages performance. It’s only a question of when. Meanwhile, the Costco leaders of today are preparing future generations of Costco leaders in the ways of connection and that will help ensure the Costco family, and its service to its members, not only survives but also thrives.