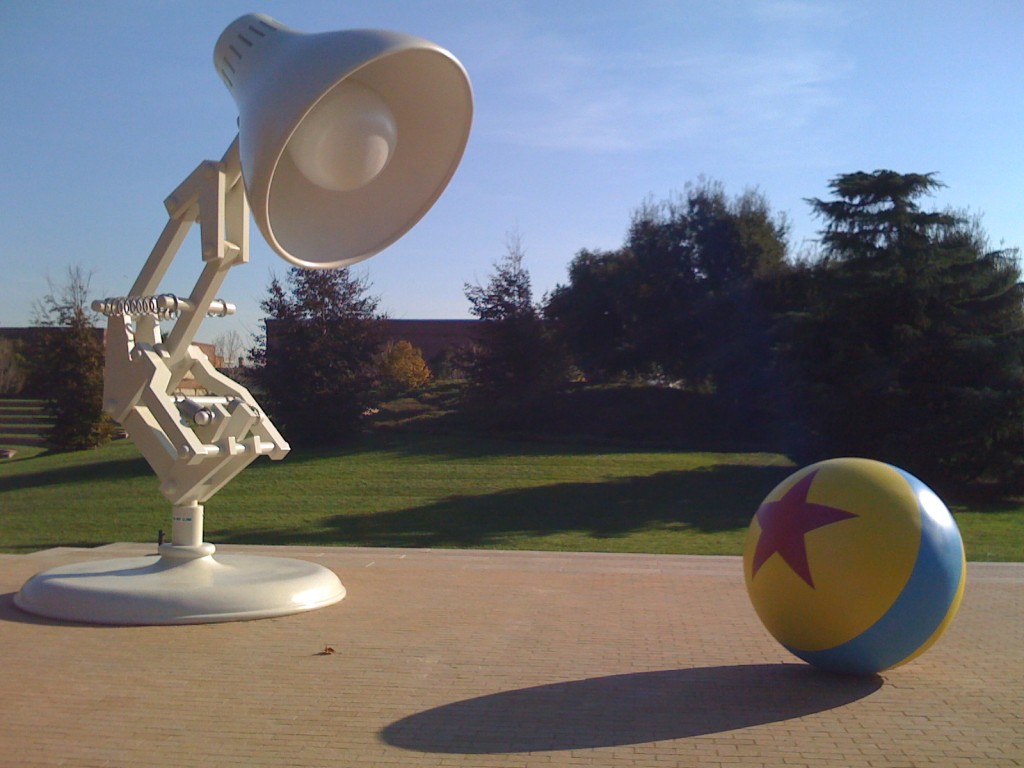 At the Technical Academy Awards ceremonies held in Hollywood, the Associated Press reported that it wasn’t the host, actress Jessica Biel, who attracted the most attention. Instead, it was an understated, bespectacled, computer engineer named Ed Catmull. When Catmull’s name was announced to receive an Oscar for his lifetime of work in computer animation, the crowd went wild, whistling and whooping. And rightly so. The impact Catmull and his collaborators have had on Hollywood may last for decades to come.

Ed Catmull is the president of Pixar and Disney Animation Studios. He has rejected the traditional Hollywood star system and its often toxic work environment and replaced it with an environment that emphasizes community and long-term relationships. Catmull described it this way in a Harvard Business Review article he wrote: “[Pixar has] an environment that nurtures trusting and respectful relationships and unleashes everyone’s creativity…the result is a vibrant community where talented people are loyal to one another and their collective work, everyone feels that they are part of something extraordinary, and their passion and accomplishments make the community a magnet for talented people…”

What is it about Pixar’s environment that attracts talented employees and helps them produce outstanding movies such as the blockbuster hits Toy Story, Finding Nemo, The Incredibles, Ratatouille, and WALL-E that have made Pixar the envy of Hollywood?

I believe the element that sets Pixar’s environment apart from others is its Connection Culture that makes everyone feel included and part of the team. In most organizations only 25 percent of employees – the managers and the stars — feel included. At Pixar, the percentage of employees who feel included is certainly much, much higher than the norm.

Typically, the overwhelming majority of employees feel that senior management does not value them or their contributions. Not so at Pixar. Catmull says that great movies are made from the “tens of thousands of ideas” that go into them from beginning to completion. As such, everyone needs to contribute their ideas and opinions, everyone’s work matters and everyone makes a difference in the quality of a film. Catmull emphasizes that the environment must be safe to tell the truth. With that view emanating from the top, it is not surprising that Pixar employees are more engaged in their work than employees of the average organization. And because they are more engaged, Pixar employees put more effort in their work, are more trusting and more cooperative, all factors that affect productivity, quality and innovation.

Contributing to the inclusiveness that reaches across the organization is Pixar University, the in-house professional-development and employee education program that offers numerous courses related to filmmaking, the arts, health and other topics of interest to Pixar employees. Employees can take up to four hours of classes each week. In class participants develop acquaintances across the firm that strengthen their ties to the organization.

Even Pixar’s office design contributes to developing loose ties across the organization. The cafeteria, meeting rooms, employee mail boxes and restrooms are centralized to make it more likely employees will interact with one another.

As a leader and advisor to leaders I have learned that practices alone, even those above, are not sufficient to produce an environment that will help make an organization great. It’s more than just what leaders do that matters. Just as important is who leaders are. Ed Catmull doesn’t just talk and act inclusive. He deeply believes in it. His business partner John Lasseter, Pixar and Disney Animation Studio’s Chief Creative Officer, does too. They, in turn, select leaders who embrace these values such as director Brad Bird and his business partner, producer John Walker (who worked together on The Incredibles).

I once met with John Walker at Pixar’s headquarters in Emeryville, California. Listening to Walker it was clear to see that he embodies the values of connection. He has the sort of bridge-building personality that helps people amicably resolve conflict and keep them feeling like a part of the community. During the course of our conversation, Walker told me how he insisted on gathering the entire team of more than 200 people who worked together on a movie at least once a week so that the extroverted artists and their more introverted technical counterparts came together as a community. In the meetings, Brad Bird, Walker and others would keep team members informed about the film’s progress and get them thinking about how to solve the present set of issues facing the team.

So long as Pixar’s leadership preserves its environment, I would expect it to continue leaving the rest of Hollywood in its wake. In time, Catmull and Lasseter will return the magic to Disney Animation too.

Sadly, research shows that approximately 75 percent of employees in most organizations are not engaged in their jobs, which clearly indicates that the importance of the work environment and inclusiveness in particular are not on the radar screens of most leaders. That’s tragic. Work environments need to be healthy today, perhaps more than ever. In the current economic downturn and shakeout that will result, leaders will need the best environments in order to survive. Pixar’s example has awakened Hollywood’s leaders from their slumber. It should be a wake up call to leaders in other industries too.

What are you doing to nurture an environment that will make all of your employees feel like valued members of your organizational community?