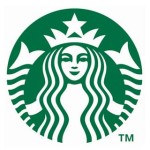 Here is a powerful truth:  To serve is to connect. This is the notion behind servant leadership. “Servant leaders” connect with the people they lead because they view themselves as serving the people to help them better serve the organization’s mission.

When Starbucks CEO Howard Schultz was struggling to make Starbucks successful as it expanded outside of Seattle, he hired Howard Behar to be the president of Starbucks North America.  Behar moved to Chicago, the first big city Starbucks expanded into, and he went store-to-store getting to know the people and teaching them how to connect with one another and with customers. That was an inflection point in Starbucks’ history. After spectacular growth in North America, Schultz made Behar the first president of Starbucks International and Behar led Starbuck’s international expansion. To learn more, read Howard Behar’s great book, It’s Not About the Coffee. (By the way, Howard Behar went on to become the chairman of the Greenleaf Center for Servant Leadership.)