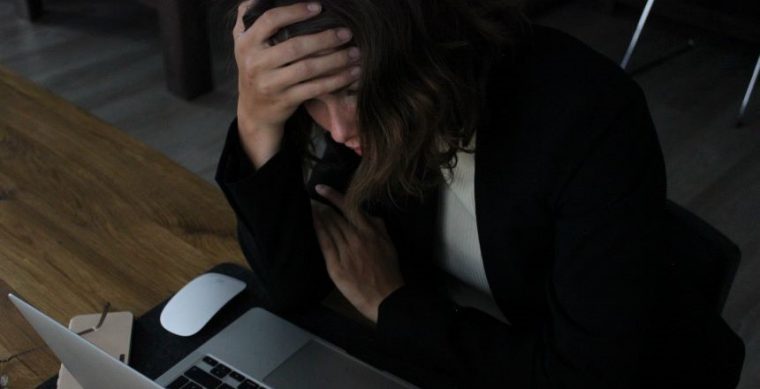 If you are seeking to develop a Connection Culture in your workplace, then you need to not only proactively take actions that build connection, but also avoid actions that destroy it. Sometimes, we have blind spots that make it difficult to identify “connection killer” habits.

Are any of these common issues getting in the way of your efforts to infuse connection into your work environment or feel meaningfully connected with your colleagues? While different, each hinders or kills connection as it puts a wedge between leaders and those being led. Some shake the confidence of employees, some convey an “us versus them” mentality, some have the effect of communicating that an employee is only needed to do what he or she is told to do. They separate people rather than drawing them together. While you may not be in a role that allows you to tackle each head on, it’s good to be aware of the damage they may be doing.

Granted, sometimes layoffs are unavoidable so that a trimmed-down version of the organization can survive. In the case of several large organizations that recently publicly announced they are laying off people, the rationale provided was an anticipation of declining demand and an economic recession. Layoffs are to be avoided if at all possible because they diminish the connection people feel to the organization and its leaders. Layoffs communicate that the leadership team doesn’t value people and valuing people is the heart of a connection culture. For those who remain, fear and insecurity can creep in. If that department can be shut down or a significant number of people let go across the board, how secure are the rest of us? Should I start looking for a different job? Rather than laying people off, it’s preferable to find other ways to reduce costs, including temporarily reducing the pay of leaders in order to save jobs. (See example of FCB New Zealand.)

Today, we see many organizations where leaders have unrealistic expectations in terms of what they expect people to accomplish. Overwhelmed employees who are burning out and/or results that reflect mediocrity are inevitable when there is a lack of focus and a lack of understanding what the team can reasonably accomplish with the time and resources available. Rather than trying to do too much, leaders and managers should identify their top 3-5 priorities, communicate them as broadly as possible, and focus on accomplishing them with excellence.

3. Employees who are not in the loop on strategic vision

People need to know where their team is going, why it’s important to get there, how they are going to get there, what the team’s values are, and what their individual role is. Absent clarity about these things, people often assume the worst. Knowing the “the big picture” and having context for the work they are doing is motivating and helps people feel like they are a valued part of the whole.

4. Employees who have no voice in matters that are important to them

People need to be able to express their opinions and ideas on matters that are important to them, and to know their feedback is considered when possible. When people don’t have the opportunity to contribute, it can leave them feeling disrespected, not valued, expendable, even invisible. Having no voice undermines employee engagement and human connection.

5. Supervisors who don’t show they care about the people they are responsible for leading

Supervisors need to get to know the people they are responsible for leading. This includes knowing about them as individuals outside of work and asking about their career aspirations. They can then articulate how the work an employee is doing and the skills they are developing will help them achieve their career aspirations. Having a supervisor who shows no interest in you as a person or superficial interest at best is disconnecting.

Allowing someone to bully and harass coworkers is a sure way to diminish engagement and connection. It’s best to hold bullies accountable. If they can’t be respectful after being given the opportunity to change, show them the door. Pfizer explicitly uses the phrase “no jerks” when it comes to behavior. This makes it clear to all employees that disrespectful, patronizing, condescending or passive-aggressive behavior is not welcome.

With the rapid rise of remote work brought on by the Covid-19 pandemic, more people now value flexibility in their work schedule and location. Finding the right balance for the organization is key. To get the greatest support for bringing employees back for more work days in a physical office, it will be necessary to cultivate a culture of connection that brings about a spiraling up of positive emotions. If the workplace is permeated by negative emotions, people will seek employment elsewhere.

Consistently high levels of connection lead to a higher level of productivity, tighter strategic alignment, greater innovation, improved quality of decisions and greater agility. These benefits add up to a powerful performance and competitive advantage.

Being intentional about adding in attitudes, language and behaviors that improve connection should be a priority. However, unless you also identify and eliminate connection killers, your efforts to improve the esprit de corps of the team and organization will be in vain.

This article was coauthored by Katharine P. Stallard.

Photo by Elisa Ventur on Unsplash